Amendments Convention; Convention of the States; and/or Article V Convention

A GRIDLOCK OF FACT AND FICTION

A Constitutional Convention (Con-Con) is just that, regardless the various softened names it has recently been given. The call for a Con-Con is on the march throughout this country; it is armed and it is dangerous.

Its danger: In today’s economic climate states are broke; legislators are frantic, panicking and grasping at straws. They’ve been lulled and seduced into believing every deceitful lie they’ve been told, and are now rushing to get resolutions passed so they can “fix” the problem.

Their solution? An “Article V Amendment Convention (Con-Con) to add a balanced budget amendment to the Constitution. . . or is it their solution?

Legislators know and admit that most officials in all branches of government pay no attention to the Constitution. In fact, today we could say the U.S. Government and Congress have trampled the Constitution, ignoring the Bill of Rights at every turn.

How, then, can any state legislator convince him/her self that a balanced budget amendment would be treated any differently?

We discover that “the fix” is being promulgated – again – by the American Legislative Exchange Council (ALEC), a non-partisan membership organization boasting a membership of over 2,000 conservative state legislators. To set the fix, a 43 page handbook, titled: “Proposing Constitutional Amendments by a Convention of the States“, was provided to their mostly-republican members, along with model legislation to carry back to their states. http://www.alec.org/docs/ArticleVHandbook.pdf

Reading the Handbook is like watching mainstream news: disinformation, spin and lies at every turn. However it gives us an understanding as to how the legislators are being harangued, goaded and shamed into taking this action. From the Handbook: (emphasis on this and following quotes are ours)

“…despite recurrent hopeful talk about how Congress might adopt a BBA [balanced budget amendment] or other corrective amendments on its own, history suggests reformers cannot depend on that. The states must do the job, as our Founders expected them to do.” p 7

“… thus far the states have never exercised their corresponding power to correct federal abuses. As a result, the constitutional design has become unbalanced.” p 7

“Move fast. America is in serious trouble; don’t be sidetracked by alarmism or by hope that Congress may propose an amendment limiting its own power. History shows this is unlikely.“ p 21

State legislators believe that they will have complete control over the process, electing delegates and managing the Convention. Here’s why they believe it:

“Ron Natelson [author of the Handbook] encourages legislators to promote the right amendments, use the right amount of specificity, and keep the process within the states’ control.” p iv

“The convention is a deliberative body whose members answer to the state legislatures they represent.” p 9 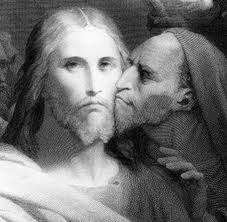 If ‘Assault Weapons’ Are Bad…Why Does D...

What will you do without freedom?

Who were the Bolsheviks aka "Reds" and what d...

AMERICANS NEVER GIVE UP YOUR GUNS
Bookmark the permalink.