Are you nuts? You are now!

The industry of modern psychiatry has officially gone insane. Virtually every emotion experienced by a human being — sadness, grief, anxiety, frustration, impatience, excitement — is now being classified as a “mental disorder” demanding chemical treatment (with prescription medications, of course).

The new, upcoming DSM-5 “psychiatry bible,” expected to be released in a few months, has transformed itself from a medical reference manual to a testament to the insanity of the industry itself.

“Mental disorders” named in the DSM-5 include “General Anxiety Disorder” or GAD for short. GAD can be diagnosed in a person who feels a little anxious doing something like, say, talking to a psychiatrist. Thus, the mere act of a psychiatrist engaging in the possibility of making a diagnoses causes the “symptoms” of that diagnoses to magically appear.

This is called quack science and circular reasoning, yet it’s indicative of the entire industry of psychiatry which has become such a laughing stock among scientific circles that even the science skeptics are starting to turn their backs in disgust. Psychiatry is no more “scientific” than astrology or palm reading, yet its practitioners call themselves “doctors” of psychiatry in order to try to make quackery sound credible. 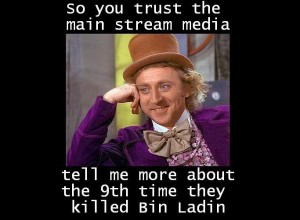 What bike trail are you on?