Michael Shaw “Whose got the COG?

Michael Shaw who is the founder of Freedom Advocates joins me to discuss Councils of Government (COG), regionalism, property rights councils, globalism vs. America and collectivism.

He mentioned a series of articles on his website for the naysayers out there entitled: The Ultimate War, Globalism vs. America. His website is an encyclopedia on UN Agenda 21. 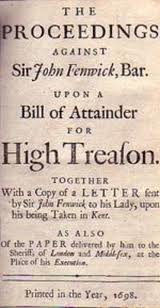 Did you know that some of your local elected representatives are enabling a shadow government to evolve? These people promote the reinvention of government through their support of, and appointments to, “regional” boards that act like soviet councils. These councils are funded to implement Agenda 21. Federal tax dollars fuel their appeal, but your city and county representatives do not have to go along.

Gone are the days when government was limited, where individuals were politically acknowledged to possess unalienable rights, and where money was honest. The American political structure has been transformed. This has occurred quietly for more than 50 years without public awareness of the mechanisms underlying the change.

At the core of this transformation is the political process of “regionalizing” the country. Political regionalism is the antithesis of representative government. Regionalism restructures or reinvents the operation of American government by destroying traditional political boundaries, such as county lines, and ushers in a transformed system of governance that ultimately abolishes private property and the rights of the individual.  Regionalism has infiltrated cities and counties everywhere, affecting transportation, water, farming and land use systems… literally every aspect of your life.

Let’s start with an example showing how Agenda 21 programs are brought into your town via “Regionalism.”

Here is an excerpt from the United Nations’ Agenda 21 document concerning transportation planning:

Towns across the country are adopting these transport systems. This is because these systems are imposed upon locales by a regional level of government largely unknown and underestimated.

The large scale version of the U.S. adoption of modern regionalism is a federally imposed extra-constitutional layer of government covering the entire nation.

According to the website of the National Association of Regional Councils (NARC), NARC “serves as the national voice of regionalism through effective interaction and advocacy with Congress, Federal officials and other agencies and interest groups.” NARC’s agenda includes but is not limited to: transportation, community and economic development, environment, homeland security, “regional preparedness,” and community issues…

In addition to NARC, citizens must know about the following regional planning and development agencies that work to implement NARC’s goals:

COGs run your town and your county from behind the scenes. Federal funds allocated to COGs coordinate the local implementation of Agenda 21… read more here

Out and about in your green ghetto- America 2...

What will you do without freedom?
Bookmark the permalink.