hr 1 Michael Shaw founder of Freedom Advocates joins me to discuss human settlements, the attack on your car and various other fun things the communitarians are implementing all over this planet. They are evil. Pure evil. www.freedomadvocates.org

hr 2 Jerry Kirk joins me to chat. He is a freedom fighter and has a website where he has placed the information he has collected thus far called www.freedom-school.com  He isn’t looking for a dime, he’s just trying to get the information that he has learned out to anyone who wants it.

The following is an article by Jim Kirwan

‘In order to save the world we must first of all destroy the world, in order to remake our world in a sustainable way.’

A partial transcript of the 9 minute video

“Agenda 21 is the 1992 United Nations real declaration on the environment and development. It is the agenda for the twenty-first century for a ‘Brave New World’ where everything that you’ve cherished and held true will no longer exist.

Agenda 21 defines itself as ‘the comprehensive plan of action’ to be taken globally, nationally and locally by organizations of the United Nations systems. It also elevates nature above man and it contains something called the Precautionary Principle ­ where basically you’re guilty until proven innocent. Sustainable Development is the philosophy designed to bring human beings across the globe under the full control of a narrow human-elite. It’s a forty chapter document to basically control the world. It’s based entirely on social control mechanisms.” (This was what George H. W. Bush had in mind when he introduced the need for a New World Order on September 11, 1990) (1)

“Sustainable Developers have designed a global movement coordinated through a global action plan to create world government in accordance with certain objectives. These objectives include an end to national sovereignty, the abolition of private property, the restructure of the family unit, and increasing limitations and restrictions on mobility and individual opportunity.

The ‘Green Goal’ includes the listings of ‘what is not sustainable.’ A couple examples include: Private property! Seven twenty-eight lists fossil fuels. Golf courses and ski-lodges are not (sustainable). Irrigation is not-sustainable. Paved roads; Consumerism agriculture, herbicides, pesticides; elsewhere it lists farmland, pastures, grazing of livestock and the family unit. The focus of sustainable development is the abolition of private property; societal undermining of the family and abandonment of the constitutional protection of unalienable rights as established in the Declaration of Independence.

In the 1990’s . . . mother-earth’s surface wasn’t to be scratched. Human beings were to be concentrated into human settlement zones. Educational systems were to focus on the environment as the central organizing principle ­ all aspects of life were covered.

I went to these committees at the request of some people who told me that I needed to understand what was going on and I came back and I said ‘ This is craziness, this is so silly it has no chance of having any effect on our society.’ Well I was wrong.

The United States’ government support for the sustainable development Agenda 21 is very clear: In 1992 while the real conference was going on, George Bush then president, was there ­ where he executed the Agenda and the 21 protocols on behalf of the United States, and brought it back to Washington D.C. Within a year Bill Clinton, BY EXECUTIVE ORDER, no congressional review, established The President’s Counsel for ‘Sustainable Development.’

In Santa Cruz we’ve got a two lane freeway system, we need four but what we’re getting is hundreds of millions of dollars in federal money to dig a dilapidated rail line that Southern Pacific wants to put in the hands of somebody else; so that a commuter line can be built along the railroad-track that will be followed by fourteen story buildings where people will live in ‘stack-em and pack-em units where developers ­ sop called ‘sustainable developers’ will be these highrises with federal dollars. In fact Santa Cruz has received a 300 million dollar federal grant to build the first three thousand of these stack & pack units. The county Board of Supervisors said that ‘If you’re a sustainable developer then you’re immune from any construction ‘defect liability.’ It’s a partnership (private) between selected developers building this New World Order and using tax-payer dollars in order to do it. The black dots are the ‘smart-growth zones’ where human beings are to be stacked and packed in small living-units along rail tracks. The smart-growth program also has jobs-assigned and children-cared-for by the state.

The question has been asked many times ‘How the people that plan to perpetrate this will make it last, and the answer to that is that you steal a generation of children and you indoctrinate them so that they accept these ideas and they become ‘Global Citizens’ in the coming ‘Global Village.’

UNESCO came out and declared 2005 and 2015 – The Decade for Education for ‘Sustainable Development.’ But they go on to say that it will encompass the forty-chapters of Agenda Twenty-One: And that is your federal national curriculum. The entire purpose of second grade social studies is to transfer loyalty form the family to the government; and to teach them about sustainable economic consumption. Students construct their own understandings of ‘reality’ and realize that objective reality is ‘not knowable’ so ‘why bother.’ The truth is the truth which keeps men free is being suppressed in order to prop up our new attitude training Agenda.

And it moves on: This is our new math ­ they call it connected mathematics. Standard 3 tells us that mathematics is ‘man-made’ ­ that it is arbitrary and good solutions are arrived at by consensus! Most of us assume that 2+2 is always going to equal 4 ­ You’re wrong we might reach a new consensus (2+2=5). How well does it work: Well they tell ya. In the teacher’s guide in the back they tell ya that because the curriculum doesn’t emphasize arithmetic computations done by hand, some students may not do as well on tests assessing computational skills. ‘We believe such a trade-off in the favor of CMP is very much to the student’s advantage, in the world of work.’

Our children are mathematically illiterate on purpose! How do I know on purpose? Why isn’t this just a basic bad-idea? Because the Sustainable Development plan tells us so! ‘Generally more highly educated people who have higher incomes can consume more resources, than poorly educated people who tend to have lower incomes. In this case more education increases the threat to sustainability.’

The Sustainable Globalist-Goal is the orchestration of a planned fall of American principles, values and lifestyles. The effect on the average American will be devastating. With modernizing technology the ordinary person will live without independence, privacy, or substantive rights.

Another press-conference I attended was the ICLEI Group, the International Committee for Local Environmental Initiatives that helps in the implementation of Agenda 21 ­ in all of our local communities. One of the speakers was a Harvey Rubin, the vice-chair of ICLEI, and I asked him about the correlative rights of Americans that Americans derive from the United States Constitution and the Bill of Rights ­ your individual liberties, your private property, your freedom of speech ­ I asked about it clashing with Agenda 21 an you know what his response was! ‘Individual rights must take a back-seat to THE COLLECTIVE.” End of the transcription.

This garage has been part of a century’s long war in which various criminal elements have always struggled for thousands of years to steal from everyone else the fruits of their own labor, and the right to determine what their own lives should be all about. Agenda 21 needs to be forcefully denied!

“There are two great powers that have been fighting since time began. Every advance in human life, every scrap of knowledge and wisdom and decency we have has been torn by one side from the teeth of the other. Every little increase in human freedom has been fought over furiously between those who want us to know and those who want us to obey and to be humble and to submit.” Taken from The Golden Compass Pg. 283, by Philip Pullman ­ from the first book of his trilogy: Dark Materials”

If the people of the world do not firmly reject Agenda 21 and all of its blatantly criminal assertions, then we shall no longer have that “Universe” that supposedly we are all a part of…

1) Toward a New World Order 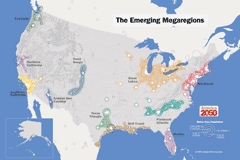 This land is my land! Well in name only...