My guest was Janet Phelan a prolific writer and researcher whose website is www.janetphelan.com  We discussed legal guardianship and the corruption that abounds around them. She has written several exposes on this topic so go to her website and start reading.  She mentioned a couple of other websites to look at: www.stopguardianabuse.org and http://www.freebritney.com/

From http://stopguardianabuse.org/ you can read the following:

“Guardianship/Conservatorship
can be bad
for your health and wealth!

The purpose of the law – known both as guardianship and conservatorship

is to “GUARD” and “CONSERVE”

Over the years, a growing uncaring and unjust judicial system has helped convert guardianship/conservatorship from an appropriate law to one which,  if misused, is damaging to the general public.  At present, it operates to ensnare the most vulnerable people in a larger and larger trawling net, now including those merely physically “incapacitated”!   It has  become a feeding trough for unethical lawyers and other “fiduciaries” appointed by the courts to protect, but many of whom become nothing more than predators.

Wards, instead of being protected by the system, are victimized by it. Strangers are given total and absolute control of life, liberty, and property of their wards. Wards of the state lose all rights involving self-determination, including:

After being stripped of all their rights, wards are left defenseless and subject to exploitation by the very people chosen to protect them; they are now invisible and voiceless.

Uncaring/callous/overworked/corrupt judges misuse the law and engage in blatant due process, civil/human rights violations.  Victims aren’t always given notice of hearings at which their competence will be adjudicated, aren’t always allowed to attend, and often don’t have lawyers.  If the court does appoint lawyers, often they are too closely affiliated with other professionals who make their living in this special area; and do not properly represent the victims’ interests.  Corrupt judges do not apply the required evidentiary standards in making adjudications of incompetency, and frequently fail to obey the protective statutes, or include specific findings of fact.

Homes are sold to insiders at below market!  Contents – family heirlooms, jewelry, photographs, etc. – disappear, either stolen outright or sold at auction.  Estate assets are rapidly paid out to the fiduciaries in exorbitant “fees” and “commissions” until there is nothing left!

“Fiduciaries” are given power of life and death, burying their wards in nursing homes where they are kept chemically restrained with unnecessary and dangerous drugs; family members are denied any say in their care, and sometimes denied visitation, except  under guard at their own expense!

Hard to believe this is happening in America?  Believe it!

AND GUESS WHAT HAPPENS AFTER THE COURT-APPOINTED FIDUCIARIES TAKE EVERYTHING AND LEAVE THEIR WARDS WITH NOTHING?  A shocking twist:   the American Taxpayer, whom these statutes are supposed to protect, is actually now  PAYING THE TAB FOR THEIR CONTINUED LIFELONG CARE UNDER  MEDICAID while the people who are “licensed to steal” enjoy their unjust enrichment. INSTEAD OF PROTECTING THE PUBLIC INTEREST, GUARDIANSHIP HAS INDEED BECOME A BURDEN TO THE TAXPAYER!… an  extremely ironic,  costly, and appalling consequence of a good law gone bad!  Some fiduciaries claim that what they’re doing (while filling their pockets) is to “spend down” the assets specifically to qualify the ward for Medicaid! That’s not what the law intended!

*Note:   Over time, states have expanded their classification for guardianship, apparently casting a wider net by lowering their criteria from “incompetent” to “incapacitated,” thus causing guardianships in inappropriate situations (i.e., because a person is disabled, doesn’t automatically  mean he/she is  also  “incompetent” and in need of guardianship).  This change in one word can result in an avalanche of unnecessary guardianships of the Baby Boomers!…” Continue reading at their website. 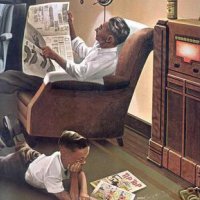