Kevin Eggers who writes the occasional article joins me to discuss Communitarianism.The grand poobah of them all. This is the philosophy driving UN Agenda 21.  And UN Agenda 21 is part of the grand plan by the Rothschild family to rule the world. Kevin does a superb job of explaining what communitarianism is. Kevin has his articles posted on the comment section of the Napa Valley Register however, they edit his commentary. www.napavalleyregister.com

Niki Raapana is the foremost expert on Communitarianism and has been researching it for over 12 years. Kevin doesn’t have a website so look at Niki’s. http://nikiraapana.blogspot.com/

“Twenty-first century communitarianism is a philosophical, political, and legal theory. It combines every opposite theory in the history of the world. It’s a projected vision for a new global order by the year 2020. It’s what all of us should be socially evolving into.

Communitarians borrow ideas from ancient religions, Plato, Marx, Jefferson, Buber and Madame Blavatsky. Studying their theory is a nightmare. It’s unfocused and vague. And, this new theory is nothing like what Fredric Bastiat called a valid scientific inquiry, as in one that “… proceeds by way of observation.” Their new ideas are unoriginal and their methods are unscientific. We’re being led into a solution which “… like astrology and alchemy, proceeds by way of imagination.” (Fredric Bastiat, Economic Harmonies)

Communitarian thinking actually reminds me a lot of the “alien theory.” Communitarians base all their ideas in rituals, ancient languages, and beliefs only their adepts understand. Like the most scholarly alien theorists, their ideas use facts that prove everything except whether or not aliens actually exist. As social evolutionists, communitarian gurus claim their best evidence lies in how many people feel their vibes and embrace their values. ..” read more http://www.newswithviews.com/Raapana/niki4.htm 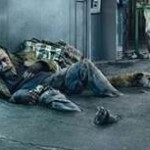 A Decline in Courage...