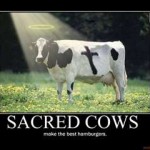 Phillip F Tourney joined me to discuss what happened to him on the doomed ship The USS Liberty, which was attacked by Israel in 1967 during their “six day war”. Watch the BBC documentary available on you tube entitled, “Dead In The Water”.  http://www.youtube.com/watch?v=srjtG4cBIt0 or you can watch the The Loss of Liberty documentary http://www.youtube.com/watch?v=ZluFfyQ7sAI

Phil is willing to do presentations to any and all groups. You can play the documentary I mentioned and then Phil can answer questions. This can be done via a webinar so the cost would be minimal. Get this information out to Americans. Most have no idea what is really going on. We aren’t anti anyone, we are pro-America. We believe America comes first–period. Phil has a book entitled, What I Saw That Day available by calling 888-698-8706. Phil also has a radio show called, Your Voice Counts heard Friday nights 9p-11p EST on Republic Broadcasting Network.