Why can’t your kid read? My guest this morning was Dr. Samuel Blumenfeld.   He spent the last 30 years writing about American education and seeking answers to such baffling questions as: Why is America experiencing a decline in literacy? Why are so many American children afflicted with learning disabilities? Why are the schools pushing sex ed, drug ed, and Ritalin, but are dead-set against intensive phonics and rote memorization of arithmetic facts?

His six previous books on education answer these and many more questions puzzling the public. His best-selling expose of the national Educational Association, N.E.A. Trojan Horse in American Education, has virtually become a classic in critical educational literature. Peter Brimelow, in Fortune magazine, called Is Public Education Necessary? brilliant revisionist history, and How to Tutor and Alpha-Phonics are being used by thousands of parents and home-schoolers to teach their children the 3R’s in the traditional manner.

Born, and educated in New York City, Dr. Blumenfeld graduated from The City College of New York in 1950 and worked for ten years in the book publishing industry. His articles have appeared in many publications, and he has lectured and held seminars in all fifty states and Canada, England, Australia, and New Zealand. He has also tutored and taught in private schools and as a substitute in public schools. He is, no doubt, one of the world’s leading authorities on the teaching of reading. In 1986 he was awarded an honorary Doctor of Laws degree by Bob Jones University.

You can purchase his book, Alpha-Phonics A primer for beginning readers for $25.00 and a couple other books he authored here. http://chalcedon.edu/store/Education

He has written several other books which can also be purchased here:http://samblumenfeld.com/sam-bks.htm 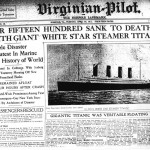 One Big Club and YOU ain't in it!

"Education" leads us down the global road to ...